One of the most enduring pop culture conspiracy theories is that Elvis Presley faked his own death in 1977 so he could be free of public scrutiny. It seems that Elvis didn’t want to give up the limelight completely, though. 13 years later he turned up as an extra in popular Christmas movie Home Alone…

Elvis Presley had several reasons for wanting to fake his own death. He’d just lost $10,000,000 in a property deal that was allegedly connected to the Mafia. Some believe that he gave evidence against the crime syndicate to the government in exchange for safe relocation and a new identity.

Others believe that his declining health, burgeoning weight and increasingly poor musical performances led Elvis to throw in the show business towel. His fans would’ve never let him go (they still haven’t), so ‘dying’ was the easiest route of escape from the public eye.

There are numerous questions that revolve around Elvis’s death on August 16th 1977. These include:

Since 1977, numerous sightings of Elvis have been reported, further cementing the belief that he still walks the Earth. Probably the most unusual sighting is in Home Alone, the 1990 comedy starring Macaulay Culkin (and one of the greatest Christmas movies ever). 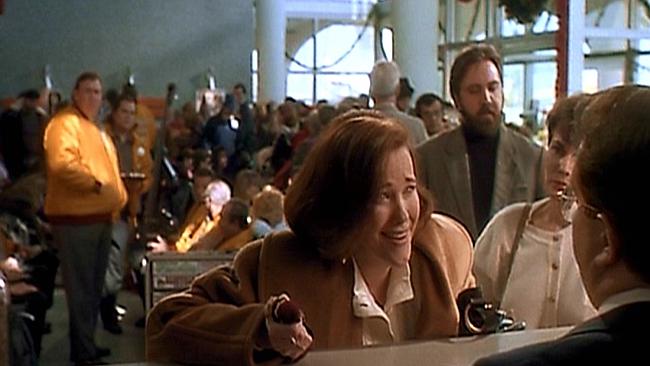 Here he is during the airport scene. When Kate McCallister (Catherine O’Hara) is pleading with airport staff to get her on a plane back to Chicago and her eight-year-old son, Elvis is the bearded gentlemen stood about a metre behind her…

Is that really Elvis? Did he really pop up in a Hollywood movie 13 years after his ‘death’ to – what – tease his fans? Some argue that the resemblance between Elvis and the extra is Home Alone is so striking that it must be him. Some have said it’s just a lookalike. Elvis would’ve been 55 years old at the time Home Alone was filmed; I think this guy could easily be 55. Still, there are loads of people in this world who closely resemble other people. It’s just one of those things.

I suppose it all comes down to one question. If Elvis made a concerted effort in 1977 to escape public life and potential assassination by the Mafia, would he really have risked all that for a silent, one minute cameo as an extra in Home Alone?