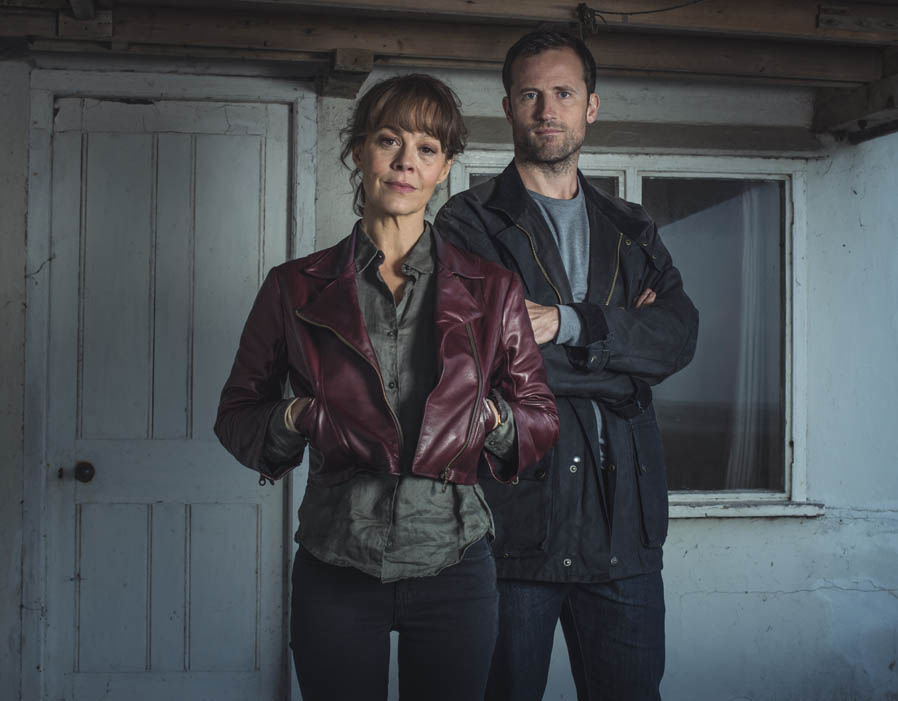 This six-part 2017 British TV series is everything a good conspiracy thriller should be. And it’s everything 2016’s Paranoid was not.

SPOILERS AHEAD FOR FEARLESS SEASON 1

Paranoid felt like it was written by a five-year-old with a big book of conspiracy clichés close at hand. Risible characters, panto performances, juvenile—sometimes nonsensical—dialogue, and a plot that was as original as a bar of soap, and as subtle as a hammer to the face.

Fearless is light years ahead in every respect. Brilliantly written by Patrick Harbinson of 24 and Homeland fame, it’s the epitome of what I look for in a conspiracy thriller. A gripping mystery, full of shady characters with hazy motives colluding to bury the truth while our protagonist seeks desperately to uncover it. In this case, our protagonist is a lawyer, Emma Banville, defending a guy, Kevin Russell, who went down for murder 14 years ago but has always maintained that he didn’t do it. Helen McCrory, playing her, is wonderful. Her performance is nuanced, convincing and profoundly affecting in a way Indira Varma as lead character Nina Suresh in Paranoid painfully wasn’t.

The premise is hardly new to the conspiracy genre—lawyer discovers that her client accused of murder is being set up by powerful forces seeking to hide something bigger—but it doesn’t have to be. It’s what you do with it that matters. The plot you build out of it. And Fearless’s plot is relentlessly compelling. Conspiracy thrillers are typically a lot more complicated that your basic whodunit. They have to be. Because lots-of-people-dunit. Their mysteries have to be multi-layered, each layer thicker than the one before. Fearless’s mystery is just that. At multiple points during the six episodes I found myself shouting at the TV, “What the hell is going on?!” Paranoid, on the other hand, wanted to be complicated, but was a baby pretending to be a grown-up. Every plot development was so obvious that it made Nina Suresh and her buddies look like the stupidest cops on the planet.

The first episode of Fearless spends its time building the characters and making us wonder about the guilt of Kevin Russell, accused of murdering a teenager called Linda Simms in 2003. As to whether Russell is guilty, involved somehow with Simms’ death but not guilty of murder, or wholly innocent of it, the show doesn’t tell us right away. However, by the end of the first episode, we know that there are some unseen cogs in this machine. There’s a telephone call between a mysterious old man played by Michael Gambon and an equally mysterious American woman played by Robin Weigert, strongly hinting at a cover-up to do with the Russell case.

It takes some time before Banville peels back enough layers of the mystery to get to Michael Gambon’s character, Sir Alastair, but it’s an incredibly fun ride getting there. Robin Weigert’s character, Heather Myles, is deliciously evil, but in a realistic, there-are-bigger-stakes-here way. Olivia Greenwood, the cop who coaxed Russell into confessing, is a villain at first but eventually turns pro-Banville and is key to helping her expose the conspiracy. And when Banville does get to the point of confronting Sir Alastair about his role in all this at the end of episode five, it’s a great scene.

Fearless takes its intrigue to another level as soon as it mentions the Iraq War. It comes to light that there was a secret meeting between the British and the Americans at the airbase where Linda Simms was killed. Did she see something? Did she hear something? What did she see and hear? These are the questions that are, at this point, more compelling than who actually killed her.

The Iraq War, or rather, how it started, is a great subject for a conspiracy thriller because it remains the subject of debate and conspiracy theory to this day. We know that the intelligence about WMDs used to justify going to war in Iraq was bogus. However, we still don’t know the extent of the lies, nor the lengths powerful people went to to protect them. For example, many people believe that Dr David Kelly, who knew the intelligence was faked, was murdered by elements inside the UK government to shut him up.

To be honest, I was hoping Fearless might shed some (fictional) light on government indiscretions leading up to the war, and reveal something much darker about what went on. As it turned out, the secret meeting at the airbase where Linda Simms was killed was simply the meeting where the faulty intelligence about the WMDs in Iraq was obtained. That’s it. Nothing we didn’t already know. It’s revealed that Simms didn’t see or hear anything. She stumbled onto the base, then ran away. As the officials looked for her, MP Matthew Wild ended up hitting her—accidentally—with his car.

This is what Banville discovers at the end of the sixth episode while we’re chewing off our fingernails thinking she’s about to blow herself up. (Not so, it turns out, in a neat twist involving baddie-cum-saviour Olivia Greenwood.) Now, I’m in two minds about this revelation. On the one hand I’m disappointed. But that’s because I love a conspiracy and wanted something really dark and terrible to be going on. On the other, I think it’s quite ingenious that what all these powerful people were covering up wasn’t actually that bad. It wasn’t even a crime. But because Simms was in the wrong place at the wrong time, it quickly became one.

There’s a line earlier on in the series where Heather Myles’ superior says to her, “Don’t make the cover-up worse than the crime.” That’s exactly what they’ve all done. The crime was covering up Simms’ death. But then they went to such lengths as framing someone for it and trying to murder his lawyer (and his lawyer’s colleague).

In the end, what they did wasn’t nearly as bad as what they did afterwards. As much as I wanted Simms to have seen or heard something earth-shattering, I believe this is the point that writer Patrick Harbinson was trying to make.

Fearless does its job and then some. And what’s extra special about this show is that it does it with an abundance of female lead characters. It passes the Bechdel test with flying colours, and is all the more interesting for doing so.

I really hope it gets a second season. I’d like to see Banville have a face-off with Heather Myles. Perhaps Myles has been involved in other dodgy dealings that Banville can blow the lid off?

Next week: what really happened to King William II