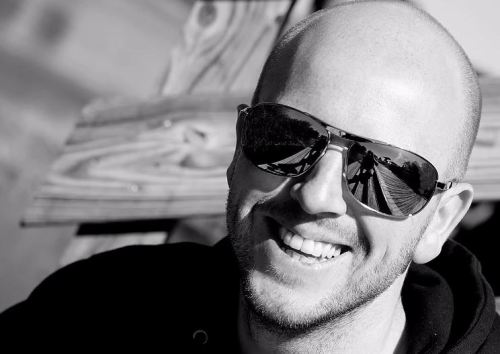 But back in 2010, George shot to worldwide attention for an entirely different reason. He found what he believed to be a time traveller in a Charlie Chaplin DVD extra and posted his discovery on YouTube, sparking a 21st-century urban legend.

Hi George. Thanks for taking the time to do this interview. How have you been and what are you working on right now?

Thanks for the interest and support! The past 6 months have been pretty crazy on a personal level, which in turn has scuppered the latter half of 2016 for me. We’ve had some major delays in the production of my 7th feature film, Mindy Has To Die, which is based on the novella by US horror comedy writer Jeff Strand. It began shooting in June but with so much having happened in between I’ve still got 3 days to schedule for completion. This meant that at the 7th Yellow Fever Independent Film Festival in November, it was the first time in all these years I didn’t have a premiere of my new film. But we’ll get there! I’ve had worse thrown at me over the years and I’m still going…

One of the things you’re known for is the ‘Chaplin’s Time Traveller’ YouTube video, which is approaching 7 million views. In it you talk about how you’d spotted a possible time traveller in an extra on the DVD of Charlie Chaplin film The Circus. Can you talk me through what was going through your head when you first saw this clip?

It’s almost 7 million on my YouTube channel, yes, but I still can’t get over the fact that it was shown on most (if not all) major news channels, breakfast shows and media websites around the world. Crazy! I had noticed the video about a year before I made my discovery public. In fact, a few months earlier, I did a live reveal at our 2nd film festival to an audience and left most people speechless by what they saw. It led to some amazing debates of course!

When I first found it, I remember sitting on the couch just casually watching the premiere footage of The Circus. I’ve always loved old footage so I was watching intently at what was happening on screen. And as you become comfortable watching things in 1928, something as odd as someone talking on a handset really stands out. I jumped up off the couch and rewound the footage to double check, then started calling people to take a look.

Why did you conclude that this woman was a time traveller?

It was 1928 and the woman seemed to be having a fun chat on a mobile phone! What else could I think? Plus, I love the romance of it being a time traveller. Perhaps Chaplin himself went back in time to attend a personal event that made him very happy, but of course, had to be in disguise.

So you think it could even be Charlie Chaplin himself? I hadn’t thought of that!

I love the idea that it could be Chaplin himself. He was booted out of the US of course, in the 50s I think, which hurt him bad and he never stepped foot back there until the 80s when he finally got his Oscar. So why not — if you had the ability — go back to one of the happiest moments of your life to enjoy it all over again? After leaving the US, he set up the family home and Chaplin Ranch in Switzerland, actually not too far from where the CERN complex is, where some people believe time travel and reality-bending experiments are taking place. Add to this the fact that Chaplin and Einstein were great friends and you have an amazing chance of what may be…

Do you really believe the person in the footage is a time traveller?

I do think it’s a time traveller, yes. Again, it’s the romance and excitement of it all that keeps me on that mindset. I’ve had thousands of people over the years try to tell me it’s one thing or another, but when it comes down to it, everyone is right and everyone is wrong. At the moment it looks like the mystery will never be answered, so it can be whatever you want…

Were you expecting your YouTube video to become such a sensation and to be written about in the world’s media? What are your thoughts on its success?

I wasn’t expecting the surge of attention that quickly followed my video once I’d put it up. Because I had made it at 1:30am, I looked wrecked and didn’t exactly create a technically wonderful video, so when I went to bed and checked again the next morning I was shocked. I’d had a mass amount of hits, hundreds of emails, and the phone was literally hot by lunchtime. With a few weeks of interviews in every form of media following, the success of the video has been great. I’ve walked down streets in New York and Orlando and had people point out that it’s ‘him’ from the Chaplin video. It’s always good to have a chat with them about it and see what their thoughts are.

Your finding on that DVD has essentially become a 21st-century time travel urban legend. You actually have a section on the Wikipedia page, Time travel claims and urban legends — not sure if you realised that. Any comments to make on that?

Really? I didn’t know. Although I get a lot of people sending me video links and more with stories that include it. It’s crazy but great to see! I think I’ve lost count now on how many links there have been…

I do believe there is a lot going on in the world that we do not know about. While there are many scientific facts on how it works, doesn’t work, or what can go wrong — I still think at some point in the future they may get it right, and have been jumping back and forth for a long time. Do you think they know something about Trump we don’t know?

Ha! They must do. Otherwise you’d think they might do a little timeline tinkering and assassinate him. Unless they’re just observers… What do you think? Do you think our temporal visitors are just tourists observing the past? Or do you think they change things to better the future? We would never know about it of course. That is basically the premise of my novel, Million Eyes.

Without going too deep, yeah I would think there is a law that keeps them in line as just observers. Perhaps the world almost fails in some years’ time, and these guys are observing and recording history as it happens for future reference and to know what not to do so it plays out better for them. If we haven’t learnt from our mistakes by the time we invent time travel, I’d say we’re in trouble…

Oh, I’d say we’re already in trouble after the near-apocalyptic mistakes made on November 8th, but as you say, perhaps the time travellers know something about the *shudder* president-elect that we don’t…

Do you think there might be a conspiracy to cover up the existence of time travel?

Totally. I think the same can be said for many things that have caused people to think outside the box. The dumbing down of the general public is so obvious it’s ironic, which is what actually drives many of us to start looking for clues and answers. Like when something slips up — like the woman in Chaplin’s Time Traveller.

You might have read in the many articles posted about the Chaplin Time Traveller that people have uncovered evidence that the item the lady was holding was just an early hearing aid. What are your thoughts on this?

I can see where they are coming from, yes, but it doesn’t make sense. In 2016, one of the biggest viruses we see is people stuck on their mobile phones. You see the ways they use them, talk into them, hold them — in a natural kind of way. When you see the woman in my video, she looks like she is happily in deep conversation with someone on a phone, even stopping to chat some more as one would do these days when not concentrating on where they’re walking. So unless she was crazy and conversing with herself into her hearing aid, it just doesn’t make sense!

I agree. As I talked about in my previous blog on this, the hearing aid story just doesn’t add up.

Since you posted the YouTube video in 2010, have you learned anything new about this alleged time traveller? Have you done any investigation into who this person might be? Are you any closer to the truth?

A whole host of people have contacted me by email claiming to be ‘her’ or ex-workers from Area 51 and such. They all have their stories, telling me that what I saw was true for many different reasons. However, nothing has ever been concrete unfortunately.

A few years ago, the BBC nearly backed me and a producer friend to make a documentary about this. We would’ve visited some of the people making these claims and take a trip to Warner Bros to find the original premiere footage, which might allow us to see what happened next. This didn’t go ahead in the end, but perhaps we can try again.

That would be great to see! Please do try again. I bet there are loads of people who would like to see if there is more of this woman in the unedited footage. It could at last provide us with some answers — or more questions.

You read my short story, “The Charlie Chaplin Time Traveller”, just before it was published. What were your thoughts on it? Honest opinions…

I really enjoyed it! At first I thought, this guy must live close by because you knew some of the spots I go to, so I was very impressed, yes. Perhaps I’ll turn it into a movie sometime!

That would be amazing! Who would play you?

Jason Statham… No, I’d play myself!

Thank you very much for taking the time to do this interview!

So there you have it folks. You can watch George’s original YouTube video below. Do you think it’s a time traveller on a mobile phone like George does?

My short story, The Charlie Chaplin Time Traveller, which was the second Million Eyes Short Story to be published, is available to read for free in Tigershark Issue 11.

That’s right! This is C.R. Berry signing off! Until the new year, that is. Behind The Curtain is having a Christmas break, but I’ll be back in January with more heinous conspiracies, mysteries and monsters, as I move ever closer to completion of Million Eyes…

In the meantime, if you’re feeling festive and fancy reading about some Christmas-themed conspiracies, legends and deep, dark secrets, have a peek of my Christmas blogs from years gone by:

Otherwise, please do have yourself a merry little Christmas and make the Yuletide gay. 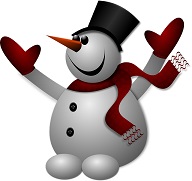