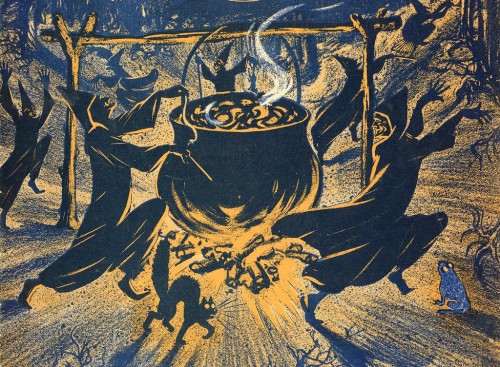 This week I’m getting in the spirit of Halloween by investigating the mysterious Meon Hill, on the edge of the Cotswolds in Warwickshire. It’s a place of Satanic legends, phantom black dog sightings, alleged witches and shadowy pitchfork-wielding killers. Anyone fancy pitching a tent there on October 31st?

Meon Hill is nestled between the sleepy Cotswold villages of Mickleton, Upper Quinton and Lower Quinton. An 8th century legend says that it was actually formed by the Devil. Frustrated by the growth of Christianity, the Devil chucked a large clod of earth at the recently built Evesham Abbey, intending to destroy it. However, the bishop spotted him and prayed for the clod of earth to miss its target. It did, landing and forming Meon Hill.

Another legend from Celtic Welsh folklore says that Meon Hill is haunted by the phantom dogs of Arawn, king of the ‘otherworld’. For centuries, numerous sightings of stray black dogs have been reported in the area. Black dogs are said to be nocturnal apparitions, bringers of death and agents of the Devil (think the Rottweilers guarding Antichrist Damien Thorn in The Omen).

But it’s what happened on 14th February 1945 — Valentine’s Day of all days—that really put Meon Hill on the map. This is when 74-year-old Lower Quinton farm labourer Charles Walton was murdered on its slopes.

Walton’s murder was brutal, gruesome and unusual. He was killed with his own instruments. His head was smashed in with his walking stick. His throat was cut with the trouncing hook he’d been using to trim hedges, which was found buried in his neck. And he was impaled and pinned to the ground with his own pitchfork.

There was a conspicuous further detail: a cross-shaped symbol was carved into his chest.

Was Charles Walton a witch?

Many say that Charles Walton was killed because he was a witch. In Anglo-Saxon England, the traditional way to kill witches was to impale them on spikes and carve a cross into their chests. Apparently this was the only way to stop them rising from the dead. This made Chief Inspector Robert Fabian, who investigated the Walton murder, suspicious of a witchcraft connection.

Fabian learned from some of the locals that Walton was somehow able to communicate with animals. It was said that he could talk to birds, control horses with hand or eye motions and tame wild dogs with his voice. Some people believed that Walton’s ‘spells’ were responsible for the failed harvest in 1944, which happened inexplicably despite good weather. And during a search of the Walton residence after the murder, the back garden was found to be overrun with natterjack toads. People believed natterjack to be witches’ familiars. 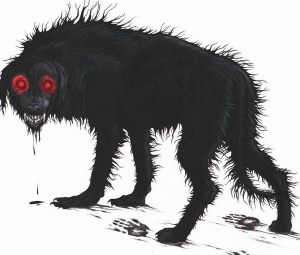 Fabian’s attention was then drawn to a 1929 book by Reverend James Harvey Bloom, called Folklore, Old Customs and Superstitions in Shakespeare Land. This book included the story of a young plough boy named Charles Walton, who encountered a mysterious black dog on his way home on nine consecutive evenings. On the ninth occasion, he also saw a headless lady in a silk dress, and a day later, he heard that his sister had died. This had Fabian wondering whether this was the same Charles Walton who’d just been murdered, and whether he was a clairvoyant or seer of spirits.

Fabian had his own encounter with a black dog on Meon Hill. At dusk, the dog ran past him. Shortly afterwards, Fabian met a local boy walking in the same direction and asked him if he was looking for his dog. When he mentioned that the dog was black, the boy turned pale, said nothing and ran away.

It’s also claimed that, soon after Walton’s murder, a black dog was found close to the murder scene — dead and hanging from a tree.

A mysterious wall of silence

“The natives of Upper and Lower Quinton and the surrounding district are of a secretive disposition and they do not take easily to strangers.”

Fabian was also baffled that no one in either village seemed to fear for their safety. Even though an elderly member of their community had been butchered in broad daylight, no one seemed concerned that a pitchfork-wielding madman was on the loose.

He said that cottage doors were shut in the police’s faces and “even the most innocent witnesses seemed unable to meet our eyes.” He also said that one promising witness slammed the door on him, saying that he didn’t understand why the police were still curious about the murder, and that Walton had been “dead and buried” for a month.

Fabian openly wondered whether there was a conspiracy at work in the village. Perhaps they were all in cahoots to rid their village of Charles Walton and his dastardly spells.

Looking into the history of Meon Hill and the surrounding area, Fabian learned about the murder of 80-year-old Ann Tennant (called Ann Turner in some sources) in 1875, fifteen miles away from Lower Quinton. He found an account of the killing and the trial of her killer in a 1906 book by Clive Holland and identified a slew of similarities with the Charles Walton murder. Ann Tennant’s throat had been slashed with a bill-hook in the shape of a cross, and she’d been pinned to the ground with — yes, you guessed it — a pitchfork.

A man named James Heywood was tried for the crime and, though he acknowledged killing her, he was found not guilty by reason of insanity. His motive was that Ann Tennant was a witch who had “bewitched the cattle and land of local farmers”.

However, it’s said that some of the connections between Tennant and Walton are fictitious, namely the details about her being pinned to the ground and having her throat slashed with a bill-hook. Apparently Heywood actually used the pitchfork to stab Tennant in the legs and head.

Still, the plot thickens. On 13th February 1954 on the eve of the ninth anniversary of Walton’s murder, an article in the Daily Mirror revisited the connection between Walton and Tennant. The article writer said this:

“The police have found one other link between the killings, but I am pledged not to reveal it.”

Did Ann Tennant pass the black magic gene onto her great-grandson?

Chief Inspector Fabian initially fingered a man called Alfred Potter for the murder, but later concluded that there was “no real evidence”. Forced to give up and go back to London, Fabian wrote about his Meon Hill experiences for many years after, and there was even a BBC TV series, Fabian of the Yard, based on his memoirs.

Charles Walton’s murder remains unsolved to this day, and his pitchfork-wielding executioner will be forever hidden by the shadows of history. Personally, I reckon the whole village was in on it. It would explain their reluctance to assist the police, their lack of fear and why a violent killer in a small, sleepy village was never traced — it’s because the villagers were/are protecting him.

A lesson for us all. Steer clear of witchcraft, or you might find yourselves at the wrong end of a pitchfork. Twenty-five years after the Walton murder, Fabian issued this warning:

“I advise anybody who is tempted at any time to venture into Black Magic, witchcraft, Shamanism — call it what you will — to remember Charles Walton and to think of his death, which was clearly the ghastly climax of a pagan rite. There is no stronger argument for keeping as far away as possible from the villains with their swords, incense and mumbo-jumbo. It is prudence on which your future peace of mind and even your life could depend.” 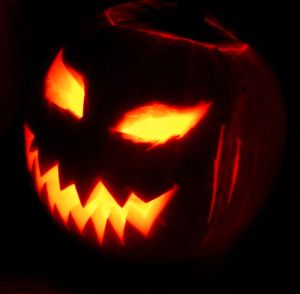 In case you missed yesterday’s post, I appeared on Spaced Out Radio to talk with host Dave Scott about Princess Diana’s death, the Flat Earth cover-up, the existence of time travel and a ton of other conspiracy theories. Check it out below!

Next week: the Montauk Monster