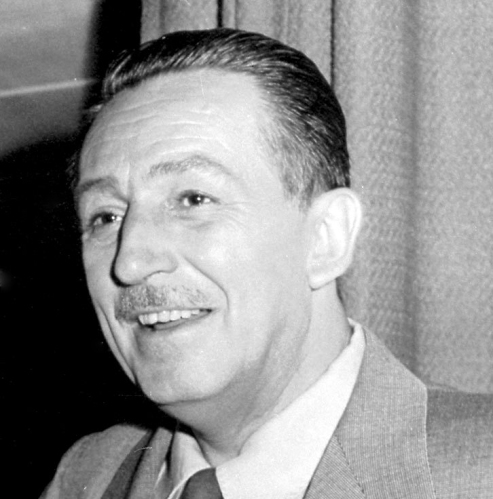 In an article I wrote last year, I put the Walt Disney Company on trial for allegedly trying to corrupt children with subliminal sexual messages and gay propaganda, and came to a verdict. Now I’m taking a closer look at the man behind the mouse…

Generally Walt Disney is remembered as a jolly old soul who just wanted to entertain and enchant millions of children the world over with stories, music and cartoons. But some people think that lurking behind his sugary exterior was a racist, misogynistic, evil character, and that many of his films are infused with bigoted messages indicative of this.

It’s been said that Walt Disney was a racist mainly because of the presence of racial stereotypes in many of the films he released in the 1930s, 40s and 50s. Examples include Mickey Mouse dressing in ‘blackface’ in short cartoon Mickey’s Mellerdrammer; Sunflower the black handmaiden centaurette in Fantasia; the Mammy Two-Shoes character and stereotypical black doll in Silly Symphonies cartoon Three Orphan Kittens; the Indians in Peter Pan and the crows in Dumbo.

Most of all, there’s Song of the South, the part-live-action, part-animated 1946 movie has never been released on video or DVD in the US (though it was released on video in the UK). Remnants of it survive in the Academy Award-winning song Zip-a-Dee-Doo-Dah, which is still one of Disney’s signature songs, and the Disney water ride Splash Mountain, which features many of the film’s characters.

However, the movie is – and was at the time – considered racist because the Uncle Remus character perpetuates the myth that many black people were quite happy being slaves.

Does all this make Walt Disney a racist?

Disney biographer Neal Gabler says no. The first writer to be given unrestricted access to the Disney archives, he wrote in his 2009 book, Walt Disney: The Triumph of the American Imagination:

“Walt Disney was no racist. He never, either publicly or privately, made disparaging remarks about blacks or asserted white superiority. Like most white Americans of his generation, however, he was racially insensitive.”

This racial insensitivity – born from a lack of understanding and an ignorance of other cultures and races that was prevalent at the time – is what’s to blame for the racial stereotyping in Disney’s early films. But none of his films or characters have demonstrated that Walt Disney had a hatred for other races, or considered his race superior (and I challenge conspiracy theorists and Disney-haters to prove otherwise).

There’s other evidence that Walt Disney was not a racist. Disney hired Maurice Rapf to work on the script for Song of the South because Rapf was against “Uncle Tomism” (i.e. black people being wilfully subservient to white people), and because Disney feared a “white Southern slant” in the original writer’s script and wanted to temper it. And despite the film’s controversy, Disney campaigned successfully for its star, James Baskett, who played Uncle Remus, to receive an Honorary Academy Award. He became the first African American to do so.

Finally, black animator Floyd Norman, who worked for Disney in the 50s and 60s, said:

“Not once did I observe a hint of the racist behaviour that Walt Disney was often accused of after his death. His treatment of people – and by this I mean all people – can only be called exemplary.”

What about The Jungle Book?

Walt Disney’s own grand-niece weighed into the debate after Meryl Streep’s controversial comments last year. She said Disney was a racist because the message in Disney’s The Jungle Book was that you should stay with your own kind – a message Disney put out at the height of segregation and the Civil Rights Movement in the US.

Sorry, but for Christ’s sake. The Jungle Book is about a boy who chooses to join a village of humans rather than remain in the jungle with a bunch of animals – including bears, panthers and a tiger than spends half the film trying to eat him. You can only find racism here if you’re really, desperately looking for it. Clearly Disney’s grand-niece is, and knows little about her uncle’s intentions.

I’ve also read that others have deemed The Jungle Book racist because they think all the monkeys and apes in the film, most notably King Louie, are supposed to represent black people. Right. So these people see monkeys and immediately think: black people. Who’s racist in this scenario?

Like I say, you only find racism in The Jungle Book if you’re looking for it – and I suspect, if you find it, that says more about you than the film itself. Someone made the point on an article I read, “Only a racist sees racism everywhere.”

If Walt Disney was a racist, so was all of Hollywood

If the presence of racial stereotypes in his cartoons means Walt Disney was a racist – then so was everyone else in Hollywood at that time. Animators at Warner Brothers, MGM, Fleischer Studios, Universal and lots of other studios were producing cartoons with black gags and stereotypes. Yes, Mickey Mouse appeared in ‘blackface’. So did Warner Bros’ Bugs Bunny. I remember blackface gags and black ‘Mammy’ dolls featuring in tonnes of MGM Tom and Jerry cartoons. Universal’s Scrub Me Mama with a Boogie Beat is full of African American stereotypes. And Mammy Two-Shoes – seen in Disney’s Three Orphan Kittens – is much more famous for all her appearances in Tom and Jerry.

The fact is, these things were the product of a completely different, less progressive, less equality-minded time. Everybody was insensitive or ignorant about race. Yes, it’s bad. But it’s history.

That being said, while Disney did naively perpetuate the stereotypes that were prevalent all over Hollywood at the time, the evidence – to me – is pretty clear. As Neal Gabler said, “Walt Disney was no racist.”

Next week: Before the Princes in the Tower, there was a Boy in a Castle…

Wikipedia – Walt Disney and Song of the South

Daily Mail – Walt Disney WAS a racist, admits his grand-niece

DailyCaller.com – Disney’s ‘Jungle Book’ was racist, should be sanitized for remake

1 thought on “The Disney Conspiracy, Part II – Was Walt Disney a racist?”