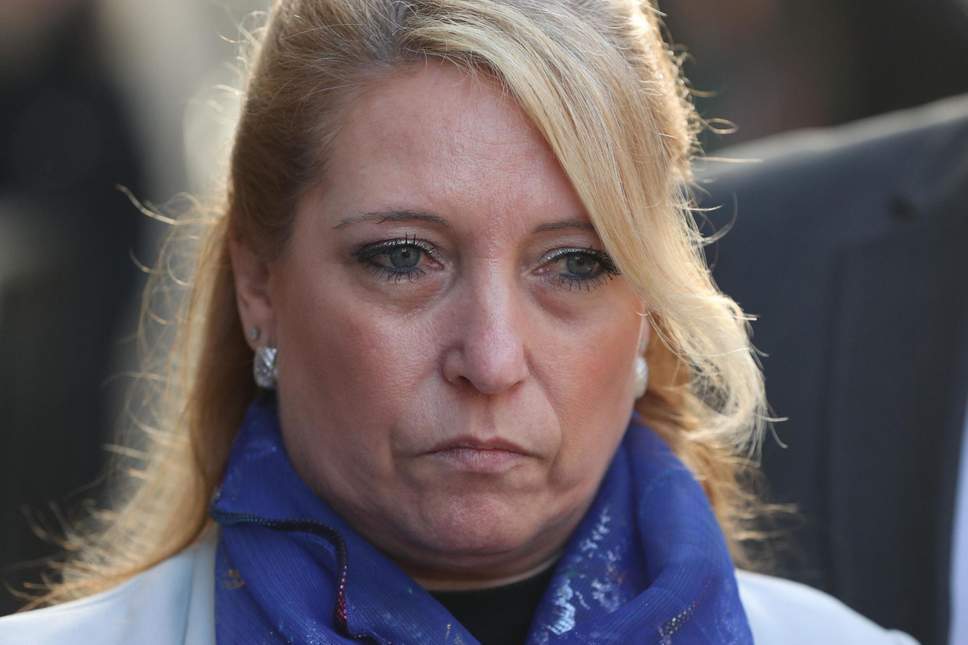 Have to get this off my chest. As a writer who’s been incorporating real events and people into my short stories and novels in recent years, I’m outraged. Outraged at Denise Fergus’s calls to ban and boycott the film Detainment — and all the media outlets supporting her.

As we all know (because she’s in the media enough herself), Denise Fergus is the mother of James Bulger, the two-year-old who was savagely murdered by two 10-year-olds, Robert Thompson and Jon Venables, back in 1993. It was a crime that stunned the world and people are still trying to understand what drove Thompson and Venables to do the awful things they did.

Now Irish director Vincent Lambe has produced a short film called Detainment, which dramatises the police interviews of Thompson and Venables and shows the boys in a more human light. It’s garnered rave reviews and been nominated for an Oscar. However, Denise Fergus has been arguing that Lambe should never have made this film without her permission (which she’s admitted she would not have given). Moreover, she’s pushing for a law in which writers and directors have to consult with victims’ families before they can publish anything (never gonna happen). What’s fascinating is that much of the supposedly liberal press in the UK is supporting her.

I saw an interview with Denise Fergus on Loose Women in which she said all these things and everybody on the panel agreed with her. It appeared that the audience did too, judging by the applause when she called for “something to be put in place” to stop films like Detainment from being made. So did presenters Holly Willoughby and Phillip Schofield when she gave an interview on This Morning. And Louis Staples for The Independent, a newspaper with liberal leanings, has said that there was no justification for making the film without the family’s permission.

Why is it that people who consider themselves liberal always forget about one of the most important of all human freedoms—expression? None of these people are using their brains. Of course there’s no law in place to stop writers and filmmakers from creating fictional works about real-life tragedies without permission. How could there ever be? Freedom of expression would cease to exist.

In his article Louis Staples draws a distinction between James Bulger and public figures, saying:

“It is, in my view, ethical to explore the lives of people like Margaret Thatcher or Princess Diana on screen – even if their relatives do not give their blessing. These people are public figures who have left an indelible mark on modern history and knowingly put themselves in the face of public scrutiny. But Bulger, a two year-old murder victim, is not a public figure.”

What a totally idiotic thing to say. So, because Margaret Thatcher and Princess Diana were public figures, they somehow deserve to have their lives (and deaths) dramatised? He’s made an arbitrary distinction because, well, he doesn’t like that some bold director has gone and hurt Denise Fergus’s feelings.

How many movies and TV series have been made about 9/11? When nearly 3,000 non-public figures were brutally murdered? Loads. The families of the victims wouldn’t have been consulted on most of them, because they don’t need to be. Would Louis Staples think that unacceptable? Probably not.

What about Teresa Halbach? She wasn’t a public figure, yet her horrible murder has been the subject of two seasons of the popular Netflix documentary series Making a Murderer. Nobody asked for the family’s permission. Would Louis Staples think that unacceptable? Probably not.

What about Jack the Ripper, who committed some of the worst murders the world’s ever seen? The things he did to those poor women first started appearing in fiction literally one month after they happened. Since then, the Ripper murders have been the subject of hundreds of fictional and non-fictional works—novels, films, TV series. When the victims’ families were alive, you can bet that none of them were consulted. Would Louis Staples think that unacceptable? Probably not.

Why? Because Mr Staples hasn’t stopped to think about the ludicrousness of his own argument.

Vincent Lambe has tried to justify his decision to make this film based on the fact that if we don’t see Thompson and Venables as human beings, we may never begin to understand why they did what they did. That’s a great justification, but he doesn’t need to make it. If he wanted to make a film about James Bulger purely for entertainment purposes, he’s well within his rights to do that. If he wants to portray Thompson and Venables in whatever light he feels appropriate, he can do that, too. That’s the beauty of freedom of expression.

Denise Fergus and her husband are accusing him of skewing the truth by ‘humanising’ the boys and making people feel sympathy for them. But from what I’ve heard, Lambe has pretty much stuck to the interview transcripts. In interviews he’s insisted that it’s factual. I suspect the reality is that there’s more to the story than just “Thompson and Venables are evil monsters from hell” and Denise Fergus and her family aren’t interested in knowing what that is.

Sorry to burst anyone’s angry bubbles, but Thompson and Venables are human beings. I for one would like to know what drove them to murder James. That’s not to say I would have any sympathy with them (I probably wouldn’t). But I would like the chance to know more about their story than just what Denise Fergus tells me about them, thank you.

No, I cannot begin to understand what Denise Fergus went through when two-year-old James was taken from her so horrifically. But she’s accused Vincent Lambe of making her relive the nightmare of losing James all over again. That’s bollocks and, frankly, disingenuous. What’s making her go through all this again is the fact that she’s wilfully on TV or in the newspapers every five minutes talking about it. She has been for years. Type “Denise Fergus This Morning” into Google and the list of results is LONG. From what I can see she’s been on the show in 2012, twice in 2016, in 2018 and now in 2019 talking about James and “reliving it all again”. Just a cursory Google search shows that she’s also been on Good Morning Britain, Loose Women (multiple times) and been interviewed by Trevor McDonald about it for a documentary. Oh, and she’s written books about it too.

Denise Fergus hasn’t seen Detainment and has said she doesn’t intend to. She can completely ignore everything that’s written about it if she wants to. No one’s making her watch it, or read about it, or talk about it. She’s literally going through all this again because she’s putting herself through all this again. And she’s attacking the film simply on the principle of its existence.

I can at least understand that her grief and anger at what happened to James is making her think irrationally and illogically about all this. What I can’t understand or respect is the liberal press supporting her. I’m a liberal myself but I often feel like I’m one of the few that never loses sight of freedom of expression. So many purported liberals these days remember that freedom until they see or hear something they don’t like. Sorry, people, that’s not how it works. There are no laws in place to protect your feelings and nor should there be.

But all this is representative of a much wider issue. Most liberals today have not only become oversensitive, they’ve also become lazy. If someone says something that offends them, their immediate response is “You can’t say that!” Whatever happened to intelligent debate? When someone says something you think is racist or sexist, for example, you should never say to them that they can’t say it. They bloody well can. That’s freedom of expression. You’re under no obligation to listen, of course. You can walk away. That’s freedom of association. Or alternatively you could enter into a debate with that person, try and find out why they believe what they believe, and if you think they’re wrong, see if you can change their mind.

But liberals have stopped doing this. It’s far easier to just shout someone down with a quick “You can’t say that!” than it is to try and have a reasonable discussion.

And frankly, liberals are the reason that people like Trump are now in charge of the (apparently) free world. The liberal left has been telling the conservative right to shut up for so long that the conservatives have had enough. And I totally understand where they’re coming from. They’ve risen up in protest because they refuse to be silenced. Now, thanks to lazy liberals, they’re the ones in control.