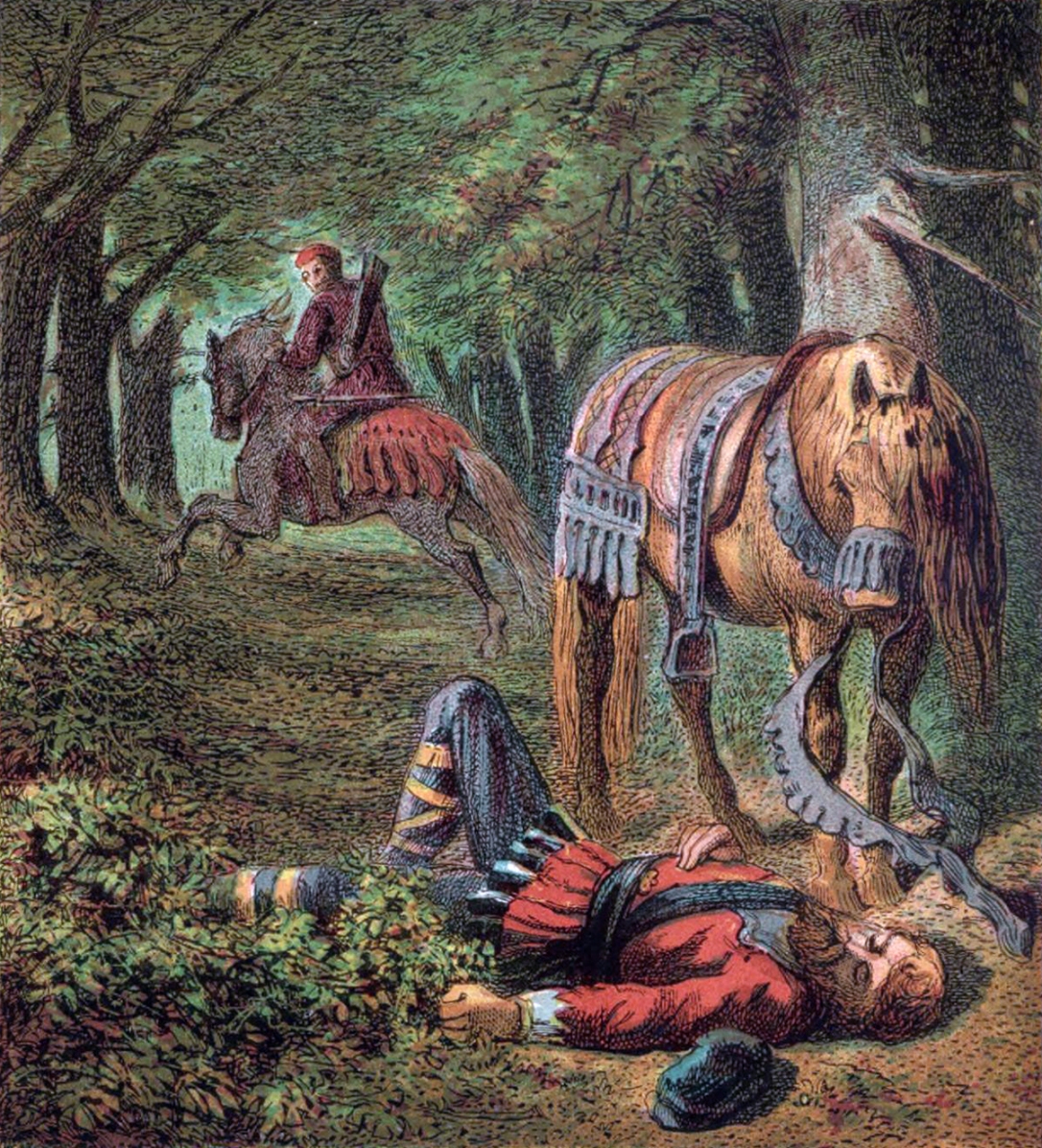 On 2nd August 1100, while hunting in the New Forest, William II met his maker at the end of an arrow. It was deemed an accident, and yet something about that day continues to raise eyebrows. Could the Red King have been murdered?

The mysterious death of King William II—nicknamed William Rufus or the Red King because of his ruddy complexion—is one of the first things I remember learning about in History when I got to secondary school. It stuck with me because of the mystery and conspiracy theory that continues to surround the incident to this day.

Our view of the hunting expedition on 2nd August 1100 is murky at best. Contemporary chroniclers have tried to piece together the events, but all of them had agendas and none were eyewitnesses. The earliest mention of the event is in the Anglo-Saxon Chronicle, which records that William II was “shot by an arrow by one of his own men”. Later chroniclers gave the name of William’s killer as nobleman Walter Tyrrell, sometimes spelled Tyrell or Tirel.

The most extensive contemporary account comes from William of Malmesbury, writing in circa 1128—so still almost 30 years after the event. He says that the king dreamed he was going to Hell the night before the hunt and that the Devil had said to him, “I can’t wait for tomorrow because we can finally meet in person!”

The next morning, William and his hunting party headed out into the New Forest. Walter Tyrrell was present. So was William’s younger brother, Henry, along with several other lords. William forbade them from leaving his side but, as the hunt began, William and Tyrrell ended up separated from the rest. Apparently, Tyrrell went to shoot a stag but missed, his arrow plunging into the king’s chest.

Tyrrell fled the scene and hightailed it to France. The king’s body was discovered by a poor charcoal-burner called Purkis, who placed the body in his cart and conveyed it to Winchester Cathedral. 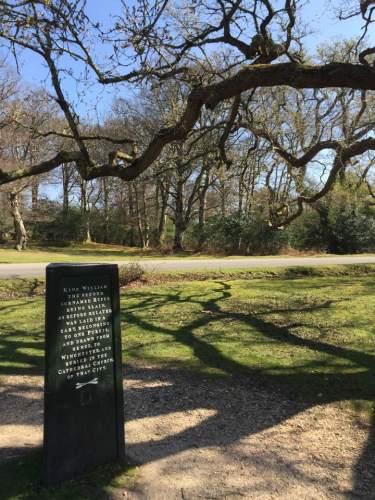 In the 17th century, King Charles II visited the New Forest and was taken to the alleged spot where William II had died. At the time the most popular account of William’s death had Tyrrell’s fatal arrow ricocheting off a tree, and Charles II was taken to said tree. In the 18th century the tree was cut down and a memorial to William’s death was erected later. This memorial is known as the Rufus Stone and records the incident with the following inscription:

Here stood the oak tree, on which an arrow shot by Sir Walter Tyrrell at a stag, glanced and struck King William the Second, surnamed Rufus, on the breast, of which he instantly died, on the second day of August, anno 1100.

King William the Second, surnamed Rufus, being slain, as before related, was laid in a cart, belonging to one Purkis and drawn from hence, to Winchester, and buried in the Cathedral Church, of that city.

Today it’s widely accepted that the Rufus Stone doesn’t actually mark the spot where William was killed. While accounts suggest that the hunt took place near Brockenhurst, nobody knows exactly where in the Forest he died because of the lack of eyewitness accounts.

In addition, there’s a fairly glaring problem with the ‘ricocheting off a tree’ account. It simply couldn’t happen. If the arrow glanced off a tree, its force would’ve been expended, causing it to drop harmlessly to the ground. There’s no way it would’ve retained enough force to pierce someone in the chest.

Despite the unclear circumstances, many contemporary chroniclers thought this ‘Act of God’ was a just end for a wicked king. William II wasn’t popular. The Anglo-Saxon Chronicle says he was “hated by almost all his people and abhorrent to God”, largely because of his difficult relationship with the Church and the heavy taxes he imposed on the people. Many modern historians accept that William’s death was probably an accident owing to the fact that hunting was a risky activity, and accidents were common.

But others have suggested that one or more of William’s enemies may have had a hand in his death. Even chroniclers of the time point out that Tyrrell was a keen bowman and unlikely to have fired such a reckless shot.

Fingers point at Henry, his brother. He certainly got a good deal out of William’s death, and wasted no time accepting it. Within 24 hours of William’s death, Henry had buried him, seized the royal treasury, and was on his way to London to be crowned. It is also well documented that William and Henry were constantly sparring and had very little love for one another.

A theory goes that Henry masterminded a plot to murder his brother with the backing of other men who would benefit from Henry’s ascension. One of these men is said to be the French king, believed to have financed the assassination. Why? Because, at the time of his death, William was planning to invade Aquitaine in France. Facts supporting this theory are Tyrrell fleeing to France and Henry immediately cancelling the invasion when he assumed the throne. All conjecture, of course, but well within the realms of possibility.

William II’s death is a key mystery in my forthcoming novel Million Eyes, for which I am currently seeking a literary agent. Stay tuned for news and updates about my search.

Next week: the most talked-about death since JFK — Diana, Princess of Wales