Loch Ness in Scotland is a hotbed of intrigue, mostly because of copious alleged sightings of the Loch Ness Monster, affectionately dubbed ‘Nessie’. A little further investigation reveals that Loch Ness has also played host to poltergeists, the famous Taos Hum, birds going berserk and time travel. So just what is going on at Loch Ness?

In 1933, George Spicer and his wife encountered an enormous, long-necked animal, lurching across the road in front of their car and heading for Loch Ness a few metres away. This widely publicised story popularised the notion that the waters of Loch Ness are inhabited by a dinosaur-like creature.

Since then, many alleged sightings (and dubious photographs) have been recorded, and investigations and sonar studies have yielded some strange but inconclusive results. In 1954, the crew of the fishing boat Rival III observed sonar readings of a large object chasing their boat at a depth of 146 metres – then contact was lost. Biologist Roy Mackal’s Loch Ness expedition in 1970 recorded sounds that were unlike anything produced by known aquatic animals. And when 1987’s Operation Deepscan made contact with a large, unidentified moving object, sonar expert Darrell Lowrance said:

The notorious occultist Aleister Crowley moved into Boleskine House, a manor on the south-east side of Loch Ness, in 1899. While he was there, it is said that he was haunted by ominous dark shapes and strange winds on still days. Led Zeppelin guitarist Jimmy Page, who bought the house in 1970, also claimed it was haunted. And aeronautical engineer Tim Dinsdale claimed to have been attacked by a mob of ghosts and demons while he was anchoring his boat near Boleskine House. After this experience, he became convinced that the Loch Ness Monster itself was a ghost, not a living dinosaur.

In 2008, it was reported that residents in the Loch Ness vicinity were being woken up at night by a strange, low-frequency humming noise. The same phenomenon had been reported in other areas of the US and the UK, initially in Taos, New Mexico, and is completely unexplainable to this day.

Only 2% of the local population are affected by the Taos Hum, which apparently sounds like a truck diesel engine in the distance, and has been known to drive people mad. Some researchers have theorised that the hum is the result of unusual sensitivity to electromagnetic noise created by the growing number of gadgets and technologies around us. Others say it’s to do with aliens or secret military experiments. Another theory is that it’s the sound of the universe expanding. 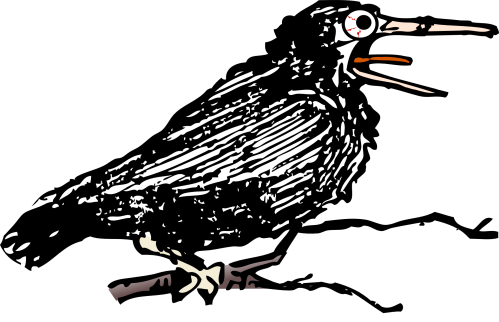 Blogger Sarah Hapgood reports that once when she was visiting Loch Ness, she saw all the birdlife in the area going completely berserk at around midnight – like something out of Alfred Hitchcock’s The Birds. Could this be linked to the Taos Hum in some way? Are the birds sensitive to it as well?

The most intriguing tale for me is the little-known case of a mysterious couple, cited by author Andrew Collins in his book Alien Energy.

In the mid-18th century this couple were travelling in a horse and trap near Loch End on the south side of Loch Ness – when they disappeared. Local people speculated that they had been kidnapped or attacked by outlaws and thrown into the loch.

A hundred years later, two people – a man and a woman – walked into a local almshouse to seek refuge from a storm. The priest who took them in noted that they were wearing old-fashioned clothing and were very confused, unable to explain how where they’d come from or how they’d arrived in the area. Two days later, they disappeared again.

Was it the same couple? Did the man and woman who disappeared in the mid-18th century slip forwards in time to the 19th? Did they slip back again after the two days – or to another time entirely?

Is the Loch Ness Monster a time traveller? 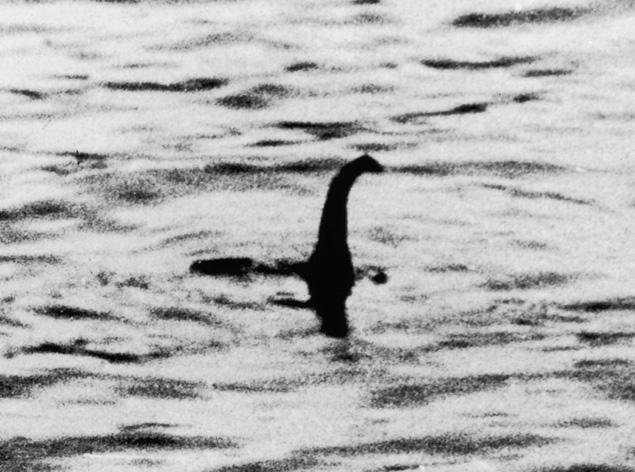 The story of the time travelling couple is an enlightening one. It’s a similar tale to the one about Rudolph Fentz, the man who inadvertently slipped forwards in time from 1876 to 1950. And there are other famous time slip cases, such as the Moberly-Jourdain Incident and the story of the Vanishing Hotel.

But what if the most famous time slip case is the Loch Ness Monster itself?

Many believe, from descriptions given by those who claim to have seen it, that the Loch Ness Monster is a plesiosaur that survived the extinction of the dinosaurs. But if this plesiosaur and its ancestors have been alive for the last 65 million years, why did the sightings only start in 1933?

Maybe it’s because they didn’t survive extinction after all, and that Nessie’s presence in the 20th century is actually the result of time travel. Perhaps she slipped forwards in time from the Cretaceous Period and the reason you don’t hear much about new Nessie sightings nowadays is because she’s gone back to her own time.

Physicist Dr. John Brandenburg theorises that time travel might be the cause of lots of sea monster sightings, including the Loch Ness Monster. He says because lakes like Loch Ness have a large concentration of quartz, capable of generating enormous amounts of electromagnetism, this could’ve caused a portal through time to open in the lake. His theory is that Nessie might be going back and forth through this portal, which is why no one’s been able to find her.

And perhaps it’s the weakness in the fabric of time in the vicinity that is causing the Taos Hum and the birds to go berserk, and caused the 18th century couple to slip forwards in time?

But of course, time travel is just an unproven theory – and a plot device for Doctor Who.

Next week: the Mars conspiracy

Above Top Secret – Are Champ and Nessie Time Travellers?