Karen Silkwood was hired to work for the powerful Kerr-McGee Cimarron Fuel Fabrication Site plant in Crescent, Oklahoma in 1972, where she made plutonium pellets for nuclear reactor fuel rods. There she met her boyfriend, co-worker Drew Stephens, who expressed concerns about working conditions at the plant, putting health and safety on Silkwood’s radar.

Just 3 months into her employment, she joined the local Oil, Chemical & Atomic Workers Union and took part in a strike at Kerr-McGee calling for better wages and safer working conditions. After the strike ended, she was elected to the union’s bargaining committee — the first woman at Kerr-McGee to achieve such a position — and was charged with investigating health and safety issues.

In 1974, Silkwood found numerous violations of health and safety regulations, including faulty fuel rods, exposure of workers to contamination, improper storage of samples, falsified inspection records, and more than 40 pounds of missing plutonium.

Was somebody poisoning Karen Silkwood?

On November 5th 1974, Silkwood performed a routine self-check and discovered that her body contained nearly 400 times the legal limit of plutonium. She was decontaminated at the plant and sent home with a testing kit. The following morning, she again tested positive for plutonium and was given a more intensive decontamination. But on November 7th, dangerous levels of plutonium were found in her lungs, and following an inspection, plutonium traces were found all over her home.

Questions arose over how she’d been contaminated. She believed Kerr-McGee was poisoning her because of her whistle-blowing efforts, while Kerr-McGee accused her of poisoning herself to add fuel to her accusations. What’s disturbing is that the soluble plutonium in her body came from an area of the plant she hadn’t been in for 4 months…

The meeting that didn’t happen

Silkwood decided it was time to go public with her evidence and contacted David Burnham, a journalist at the New York Times. On November 13th 1974, witnesses said Silkwood left a union meeting at the Hub Cafe in Crescent with a binder and a packet of documents and headed for Oklahoma City for her meeting with Burnham.

She didn’t make it. 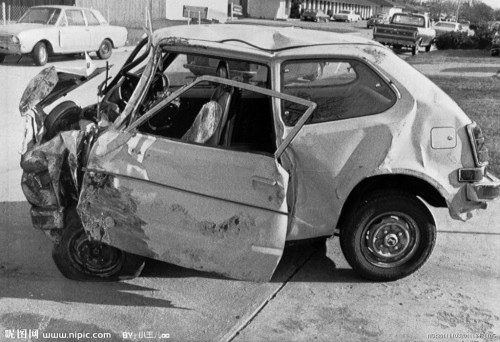 Silkwood’s body was discovered in her car that evening. Her vehicle had careered off the road and struck a culvert, killing her on impact. Police concluded that it was an accident caused by Silkwood falling asleep at the wheel. Sedatives prescribed by her GP to help cope with the stress of her whistle-blowing efforts were found in her system and thought to be a cause of her blacking out. And the case was closed.

Apart from the extraordinarily convenient timing of Silkwood’s death — just as she was about to bring Kerr-McGee to its knees — there’s a ton of evidence to suggest Silkwood’s car crash was no accident.

I don’t easily succumb to conspiracy theories, but to me, all of that adds up to one thing: Karen Silkwood was murdered. Either by elements inside Kerr-McGee, or by those with a substantial interest in Kerr-McGee. (One book suggests that the US government were involved, but without evidence, I wouldn’t go that far.)

Adding more weight to the murder theory is the fact that reports published a few months after her death verified many of Silkwood’s findings at Kerr-McGee. These reports also noted that she couldn’t have poisoned herself because the plutonium had come from a restricted area she had no access to, which begs the question — who was poisoning her?

Furthermore, Silkwood’s family filed a negligence lawsuit in relation to her contamination and the jury found Kerr-McGee guilty. Kerr-McGee appealed and the case was eventually settled out of court for $1.38 million. A year after Silkwood’s death, a main customer of Kerr-McGee’s fuel rods refused to renew its contract, citing their poor quality, and this led to the plant’s closure in 1976.

Clearly Silkwood’s whistle-blowing was bang on the money. Kerr-McGee were up to no good, cutting corners left, right and centre in health and safety regs, putting employees at risk, and, it looks to me, going so far as to commit murder to protect themselves.

Next week: the Candy Lady

3 thoughts on “Karen Silkwood: How to silence a whistleblower and get away with it”